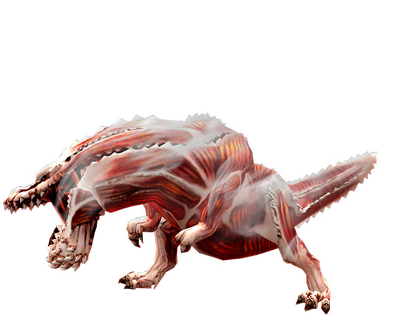 Aberrant Deviljho does the same exact moves like their relative, Deviljho. The steam they release on their entire body doesn't harm the hunters at all.

Retrieved from "https://monsterhunter.fandom.com/wiki/Aberrant_Deviljho?oldid=831157"
Community content is available under CC-BY-SA unless otherwise noted.