Not to be confused with Frenzy Apex Monsters

Apex (Japanese: ヌシ Nushi) Monsters are a type of monster found in Monster Hunter Rise. Apex Monsters lead hordes of monsters that attack Kamura Village's Red Stronghold during the Rampage and will appear during the third and final wave themselves to take down any remaining defenses in the stronghold.

The monsters that have developed Apex forms are Arzuros, Rathian, Mizutsune, Rathalos, Diablos and Zinogre.[1]

Apex Monsters are powerful monsters that have survived brutal attacks from the source of the Rampage, the Elder Dragons Wind Serpent Ibushi and Thunder Serpent Narwa. These monsters are so strong, they are crowned as leaders of the horde. They are classified as leaders of the Rampage's hordes, and keep them all riled up. They are Elder Dragon-level threats in their own right.

Apex monsters have different color palettes than their standard counterparts, which mostly involve making them overall darker, their eyes are (with the exception of Apex Mizutsune) glowing red and their roars being gutty and hoarse. Their bodies are covered in numerous glowing red scars, with many more appearing when enraged. They appear to be notably larger.

Apex monsters are much stronger compared to their normal counterparts and have various new attacks. During Rampages an Apex will focus on destroying the gate first and will go after hunters when they are attacked. The Apex can occasionally call small hordes of monsters to aid it and an Apex's roar will enrage all other monsters. At certain points during the fight, Apexes will charge up an attack that deals severe damage to the final gate if not stopped (or the gate plus all the artillery installations in the case of Apex Zinogre).

The abilities and behavior of Apex monsters are very similar to those of Deviants. For example, Apex Mizutsune and Soulseer Mizutsune both use fiery bubbles to locate Hunters, and Apex Diablos and Bloodbath Diablos both stay enraged throughout their fights and have a corkscrew burrow attack.

The Apex Monster, specifically the Apex Arzuros, is first revealed during the first High Rank Rampage in the form of an Urgent Quest. Afterwards, the Rampage quests featuring them as the major threat will randomly appear throughout the rest of the game. After the Title Updates, Apex Monsters can be encountered in 7★ Gathering Hub quests. These quest are unlocked through first leveling up the HR Rank. Second, completing mandatory quests such as facing each Apex Monster once through the Ramapge Quests.

Apex monsters appear during the final hordes of the Rampage featuring them. Slaying them or letting the time expires will complete the quest.

When an Apex enters the area, it will unleash an attack that deals heavy damage to nearby barriers and destroyable platforms. When they first appear in the Stronghold, they will immediately head to the gate and unleash the "mini" version of their devastating attack, instantly destroying if it's the front gate and head toward the second area.

Any roars of Apex monsters, except for their special attacks, will summon other monsters into the current area. These monsters act normally according to their role in the rampage.

After some time, Apex monsters will head to a specific location based on which monster they are and emit a long muffling roar. This will signal a dialogue from NPCs that the Apex is readying a huge attack. It is highly advised to stop the Apex with anyway possible. If successful, the attack will be stopped and calm down the Apex. If not successful, the Apex will unleash an attack that deals heavy damage to the final gate. However, if the final gate was not heavily damaged beforehand, the gate can stand up to about two heavy attacks. 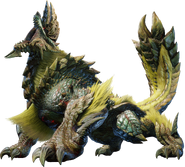 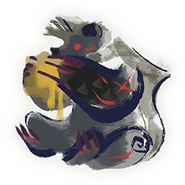 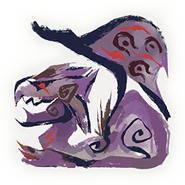 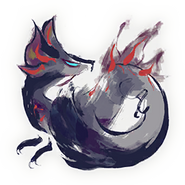 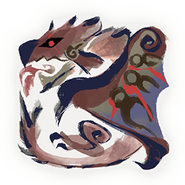 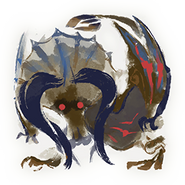 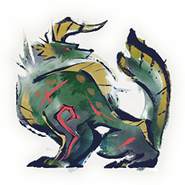