Barroth EX is a modified version of Barroth first introduced in Monster Hunter Stories. Dr. Manelger, its creator, attempts to show the player that Hunters and Riders are obsolete compared to his artificially-enhanced monsters by having it pursue the Blighted Cephadrome that created the quicksand between the player and Albarax, then loses control over it, causing it to go berserk and attack everything in sight, including the player. A second one can be located in Manelger's Laboratory, holding Number Four hostage until the player kills it. 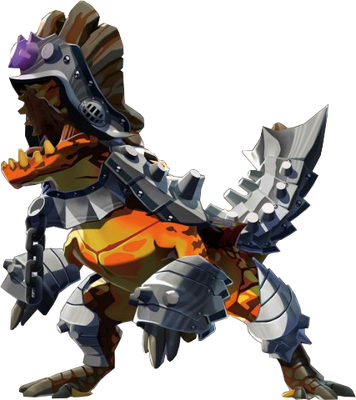