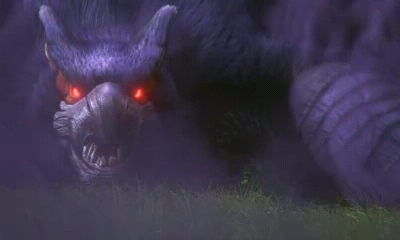 Black Blight takes the form of a black mist that corrupts whatever it touches. It can infect monsters, causing them to become more violent than usual. Monsters infected by this state have a purple aura around them and a darker color hue all over their body. As well as a monster's appearance changing, the Black Blight also causes the host to become physically stronger and more violent.

Cause of Black Blight

It is unknown what exactly causes this mysterious state, however, the Hunter's Guild and Royal Paleontology Scriveners have been studying it. Some locals believe that the Legendary Black Dragon is the cause of this state, while others believe it is some kind of White Dragon corrupted by the Black Blight. According to Navirou in the game, the Black Blight can be born if a Bond between a Rider and Monster is misaligned.

From monsters becoming violent to the deterioration of the world's ecosystem, this mysterious black mist has caused villages to be completely destroyed. It becomes particularity potent when it infects a Kinship Ore.

Black Blight can be cured by using a kinship stone. These stones have a unique power that can purify an infected monster or even Kinship Ores infected by the Black Blight. 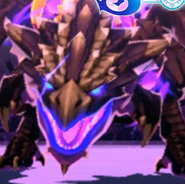