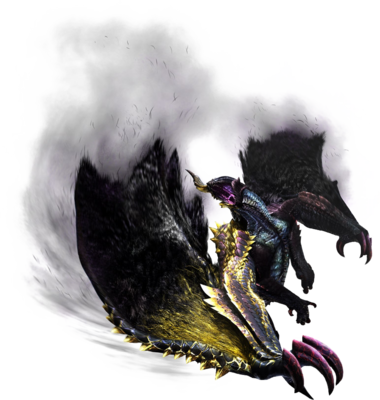 Despite the unique name, Chaotic Gore Magala is actually just a normal Gore Magala which has been traumatized or otherwise interrupted during the process of molting into a Shagaru Magala. As a result, only half of one side of its body has fully molted. Because of its improper molting process, it is left looking like an amalgamation of Shagaru Magala and Gore Magala.

The Chaotic Gore Magala is more violent and aggressive than a common Gore Magala.

Chaotic Gore Magala has only ever been seen on rare occasions. It has thus far only been sighted in the Heaven's Mount and Everwood.

Retrieved from "https://monsterhunter.fandom.com/wiki/Chaotic_Gore_Magala?oldid=813889"
Community content is available under CC-BY-SA unless otherwise noted.