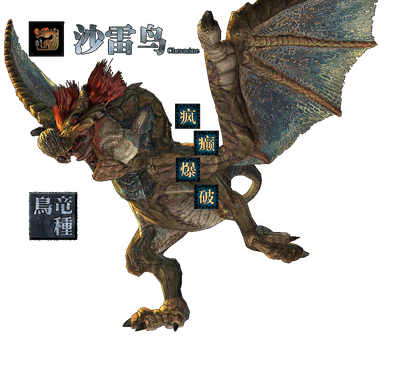 Chramine is a Bird Wyvern that is highly similar to Gypceros but also has differences. Some of these differences are crimson red hair standing on its head instead of the crest of Gypceros, a different coloration, and a hard shell much like Yian Kut-Ku.

The Chramine can be found within the desolate Thunderous Sands.

Retrieved from "https://monsterhunter.fandom.com/wiki/Chramine?oldid=666958"
Community content is available under CC-BY-SA unless otherwise noted.