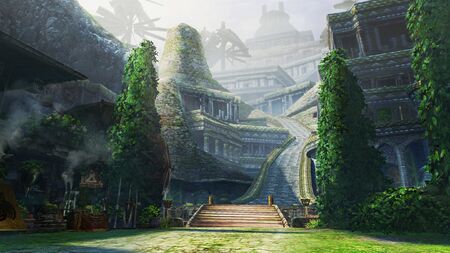 Where Is Their Headquarters?

This corporation's headquarters lies within Dundorma.

What Does This Corporation Do?

Despite the name of the corporation, the Elder Dragon Observation Team do carry on the given to them by the Royal Paleontology Scriveners and study other monster classes like Fanged Beast. With their Hot Air Ballons, they can actively gather information and search for non-Elder Dragon species. This is why hunters can sometimes see them in the horizon in some regions. They also study Elder Dragons along with decrypt scrolls left behind by the Ancient Civilization. All info about Elder Dragons is kept in storage from how little is known about Elder Dragons, used to give general info about those Elder Dragons to hunters, while the scrolls are usually decrypted by their scholars or elite hunters.

The Elder Dragon Forecasters (Japanese 古龍占い師) are a Wyverian only group that helps predict where an Elder Dragon is likely going. These Wyverians have been doing this for several hundred years. They originally kept their own details and ran their own business for this profession before eventually coming together, for the greater good, so they can defend locations from Elder Dragons. The Elder Dragon Forecasters predictions come from their knowledge and experience of the location in question with the possible Elder Dragon, keen senses, and rotates Elder Dragons are known take to reach the area. This job really encourages vigilance. Today, their predictions have proven to be quite accurate.

Branches Part Of The Corporation

The Elder Dragon Observation Team has a unique legend about a powerful Kirin called Laokirin (Japanese ラオキリン). This Kirin was said to be as strong as a Lao-Shan Lung.

Laokirin
Add a photo to this gallery

Retrieved from "https://monsterhunter.fandom.com/wiki/Elder_Dragon_Observation_Team?oldid=834278"
Community content is available under CC-BY-SA unless otherwise noted.