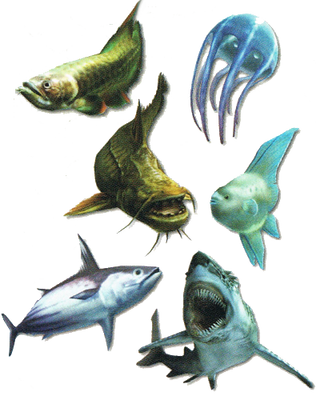 A variety of different fish species exist and can be generally classified as migratory, natatorial, or carnivorous fish. Fish are likely a favorite food source for numerous other aquatic or semi aquatic creatures.

If harmed enough, they will swim away. However, if damaged enough and then speared with a fishing harpoon, they can be carved. Sharqs and Gajau will "limp" when they are weakened.