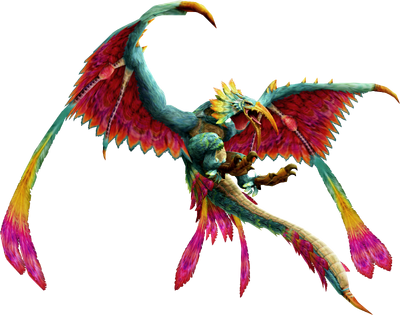 Forokururu has evolved on its own in order to live in the Flower Field's unique environment. Its variable body color can be used to appeal to the opposite sex, to warn others or outsiders, and even as part of courtship behavior. By sucking the nectar of various flowers, Forokururu can change its appearance and the attributes of its attacks.

Forokururu have been seen inhabiting the Flower Field.

Retrieved from "https://monsterhunter.fandom.com/wiki/Forokururu?oldid=843325"
Community content is available under CC-BY-SA unless otherwise noted.