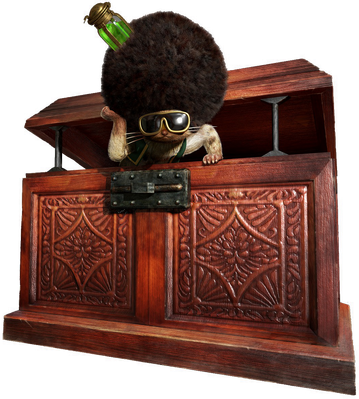 The Funky Felyne is known for its various experiments with hair, even going as far as using monsters, like Rajang and Astalos, to brainstorm new hair style ideas. Usually, the Funky Felyne uses its own claws to cut up the hair of any customers instead of conventional means like scissors. It is also known to go through the item boxes of hunters to look around and smell objects to think about what kind of hair style fits them. This gives it a bad reputation among some hunters.

It wears an wig in the shape of an afro, sunglasses, and a vest.

Retrieved from "https://monsterhunter.fandom.com/wiki/Funky_Felyne?oldid=748961"
Community content is available under CC-BY-SA unless otherwise noted.