Gajau is a Fish introduced in Monster Hunter: World. 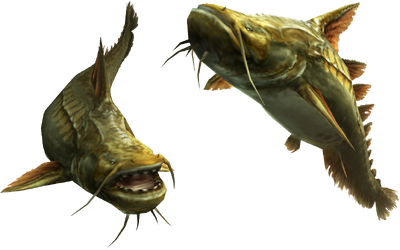 Gajau have greenish scales with orange dorsal fins. They resemble catfish in appearance.

Gajau are vicious predatory fish that will attack anything. Gajau will even jump out of the water to capture prey.

Gajau can be encountered in the Ancient Forest and Wildspire Waste.

Retrieved from "https://monsterhunter.fandom.com/wiki/Gajau?oldid=774561"
Community content is available under CC-BY-SA unless otherwise noted.