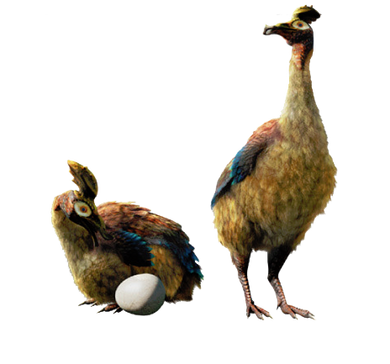 Gargwa have very small, likely vestigial wings. Like most species of Herbivore, they're normally docile creatures, but will attack and flee when they're threatened and when they flee will usually leave an egg or guano. They coexist with the people of Yukumo village as livestock, but they have been known to attack Hunters from time to time.

Retrieved from "https://monsterhunter.fandom.com/wiki/Gargwa?oldid=818328"
Community content is available under CC-BY-SA unless otherwise noted.