Glacial Agnaktor is a Leviathan and a Subspecies of Agnaktor introduced in Monster Hunter Portable 3rd. 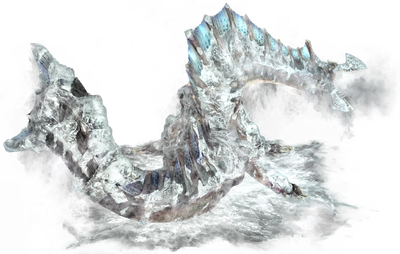 Its body is covered in an icy armor covering that works in reverse to the normal Agnaktor, it hardens when it burrows and softens over time. It also appears to have a longer, harder and sharper beak, useful for digging through the ice of the Tundra.

Glacial Agnaktor is found only in the Tundra.

Retrieved from "https://monsterhunter.fandom.com/wiki/Glacial_Agnaktor?oldid=858559"
Community content is available under CC-BY-SA unless otherwise noted.