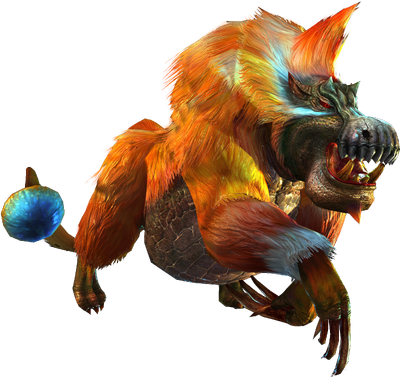 It is the first monster to be neither a Subspecies nor a Rare Species of Congalala, but a new Species that made its debut in Monster Hunter Online called a "Lone Species" (独行种).

When enraged, it surrounds itself with a stinky Aura.

The Gold Congalala can be seen inhabiting the areas around the Esther Lake.

Retrieved from "https://monsterhunter.fandom.com/wiki/Gold_Congalala?oldid=860508"
Community content is available under CC-BY-SA unless otherwise noted.