View source
watch 02:17
New Pokemon Games - The Loop
Do you like this video?
Play Sound

A Hunter (Japanese ハンター) is a person that makes a living by hunting monsters and doing request for civilians. 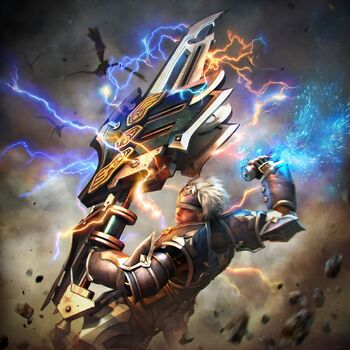 How Did Monster Hunting First Start?

Wyverians started the hunting career over hundreds of years ago. Though hunting was their primary job, it slowly changed overtime to other objectives, such as delivering items and escorting travelers. This eventually led to the Hunter's Guild appearing to fill in many of those requests with hunters.

Hunters have wide knowledge and a higher exercise capacity compared to a normal person, so this is a field of work not too many people can take part in. Hunters are estimated to be 175cm tall.

What Are Their Reasons For Hunting?

Most people become hunters so they can gain wealth, fame, a better living, or other reasons. Some even become hunters to sneak out of crimes they've done. Some hunters are even criminals or ex-criminals-- this exception causes some places to disagree with the ways of the Hunter's Guild. Though the Hunter's Guild is nearly all over the world, it is actually illegal in the places that disagree with their ways. This is partially due to not taking blame for hunters of the organization.

There three different ranks for hunters: Low-rank, High-rank, and G-rank.

Low-rank (Japanese 下位クエスト) hunters are the most common of hunters. These ranked hunters don't hunt very strong monster individuals and do different types of quest besides hunting.

High-rank (Japanese 上位クエスト) hunters are truly observed by the Hunter's Guild. They do a lot more quests that involve hunting, including quest that require special permits. High-rank Hunters not only hunt strong monster individuals but also Subspecies and Rare Species.

G-rank (Japanese G級クエスト) hunters are the rarest hunters. These hunters were able to slay either an Elder Dragon or an Elder Dragon-Level Monster, becoming recognized by not only the Hunter's Guild but also all districts of it. These hunters hunt the hardest of monsters, including some newer species, while searching for unidentified species that have been reported. Only a small number of G-rank Hunters actually exist in the Monster Hunter World.

Origin of the Hunting Styles and Hunter Arts

Guild Style (Japanese ギルドスタイル) is the main style used by many hunters that were trained by the Guild. This style continues to advance today.

Striker Style (Japanese ストライカースタイル) is considered to be advance due to it specializing in the Hunter Arts and using an older form of the Guild Style.

Aerial Style (Japanese エリアルスタイル) comes from Bherna Village. It is a way used by Bherna's people to transverse the mountainous peaks of their home.

Adept Style (Japanese ブシドースタイル) came from the Eastern parts of the Siki Country. 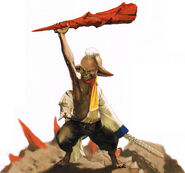 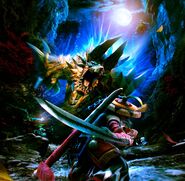 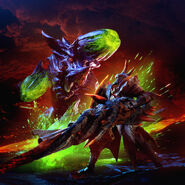 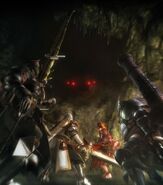