The Hunter's Guild is the central governing body within the Monster Hunter universe. Its primary purposes are to regulate all hunting activities and ensure the protection and oversight of both humans and monsters alike.

The Hunter's Guild headquarters are located in the city of Dundorma, and all major announcements and actions are made from this location. Beyond this, the Hunter's Guild commands a sprawling territory comprised of many districts located in a multitude of regions. The main districts of the Hunter's Guild are the Minegrade, Dundorma, Loc Lac, Tanzia, Val Habar, and Mezeporta districts. Hunter's Guild-certified gathering halls can be found in all major city centers such as the ones noted above. Smaller Hunter's Guild outposts are commonly set up in less populous and more remote towns and villages, such as Pokke Village, Moga Village, or Yukumo Village, and are handled by one or more Hunter's Guild-employed representatives. These smaller outposts are considered to be a part of the larger districts in which they are located. For example, Pokke Village belongs to the Dundorma district and Yukumo Village belongs to the Loc Lac district.

The primary goal of the Hunter's Guild is to unify and regulate the hunting activities on which many people make their living. The guild aggregates hunting and gathering requests from far and wide, and posts them within their gathering halls and outposts throughout the land for professional hunters to undertake. These postings or "quests" can have many purposes, including defense of citizens or towns, or research into monster anatomy and biology. On certain occasions, for example, an Elder Dragon attack or a sighting of a rare or previously undiscovered monster, the Hunter's Guild itself will issue a hunting request to a specific range of hunters. The guild keeps a comprehensive list of all known monster species and variations, and will supply hunters with this information on a regional basis.

In order to undertake guild-sponsored quests, one must first register themselves as an official monster hunter under the Hunter's Guild. Following this, hunters are given a specific measure of personal skill or "hunter rank" (often shortened to HR) through which the guild can gauge one's ability to undertake varying levels of hunting requests. In accordance with this, the guild will assign rankings, often on a number-of-stars basis, to quests listings to ensure that dangerous or difficult quests are only embarked upon by skilled hunters who have proven their aptitude. This is both to ensure the safety of its hunters and to ensure that the request is properly completed.

This observation team has been around for about several hundred years. They keep tabs on environments while also looking for areas where possible Elder Dragons may strike or appear. This team also predicts where an Elder Dragon's rotate is before landing in a area. Despite the name of the corporation, they do carry on research by the Royal Paleontology Scrivener Corp and study other monster classes like Fanged Beast. They also study Elder Dragons along with decrypt documents and scrolls left behind by the lost ancient civilization. They usually let their scholars or anyone with some experience decrypt them such as hunters. 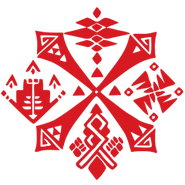 A gathering hall in Loc Lac City. A quest board is visible in the background
Add a photo to this gallery
Retrieved from "https://monsterhunter.fandom.com/wiki/Hunter%27s_Guild?oldid=695454"
Community content is available under CC-BY-SA unless otherwise noted.