Kestodon is a monster first introduced in Monster Hunter: World.

Kestodons are an aggressive species that will turn hostile once spotted. Females will alert the pack of danger, while the males will violently charge would-be threats. They immediately become hostile when approached closely, but will not attack other monsters.

If the Intimidator skill is rank 3, Kestodons will not engage you in battle. However, males will still try to headbutt the player.

Kestodons are known for living in arid places, like the Wildspire Waste and Sandy Plains. They can also be found in the Ancient Forest. 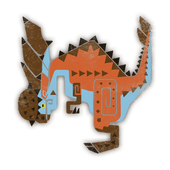 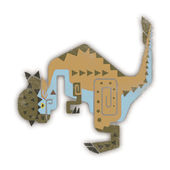