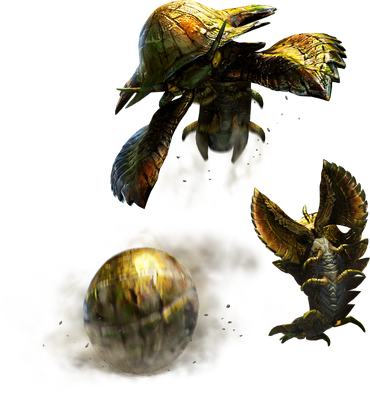 Konchu have hard shells and can roll into a ball and attack in groups for protection, although they are still frequently preyed upon by Yian Kut-Ku and Yian Garuga.

Konchu are found in a wide variety of areas, where they scavenge in the undergrowth in search of food.

The English name Konchu is a direct romanization of the Japanese name Kunchuu, with the U swapped for an O to match its shape and main rolling attack.

Retrieved from "https://monsterhunter.fandom.com/wiki/Konchu?oldid=869976"
Community content is available under CC-BY-SA unless otherwise noted.