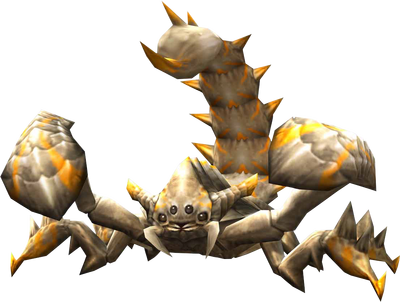 Kusubami are seen as peaceful until disturbed or prey is detected. Once disturbed they attack anyone that approach's with relentless aggression.

Retrieved from "https://monsterhunter.fandom.com/wiki/Kusubami?oldid=858946"
Community content is available under CC-BY-SA unless otherwise noted.