In this single player mode, hunters explore the Everwood without prior knowledge of the map layout or the kinds of monsters that will appear.

Going On an Expedition

After you gain access to the Everwood, you can go on an Expedition at any time from the World Map.

By completing Quests undertaken at towns and at the Gathering Hall, you'll unlock the ability to go on High-rank and G-rank Expeditions. 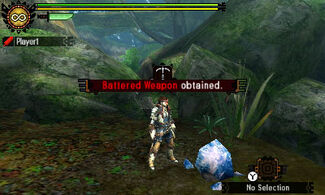 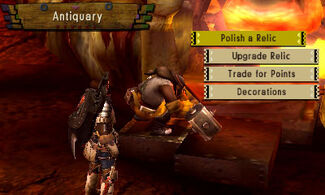 You may discover weapons and armor in the Everwood known as "Relics", but you won't be able to use them as they are. You'll have to take them to a certain town to polish them up before they can be used.

Expedition info is available for viewing from the World Map before you depart on an Expedition. Check back often as the monsters and Relics that appear in the Everwood change each time you return from a Quest.

Retrieved from "https://monsterhunter.fandom.com/wiki/MH4U:_Expeditions?oldid=629983"
Community content is available under CC-BY-SA unless otherwise noted.