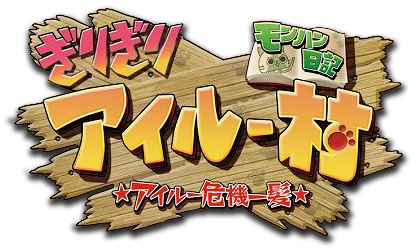 MonHan Diary: Giri-Giri Felyne Village is a Japanese animation made by DLE and produced by GENEON UNIVERSAL. This would be the first time that such a production is made based on the Monster Hunter series. The series will debut on August 5, 2010 and will be the first of ten episodes, each being 3 minutes in length. The episodes will broadcast on the Tokyo MX TV network every Thursday at 22:55 (Japan Time). Capcom will also be broadcasting the episodes on their website the following Mondays with extra footage.


Nyaito lives in a village where Felynes are very happy. He aids in the development of the Village by gathering Special Mushrooms, fishing Goldenfish, and carrying Rathian's egg.
The various quests become more challenging everyday. His village companions Leader, Nyami, Pakase, and Puni have all suddenly turned to him for help...
Can Nyaito overcome each visit and clear their urgent quests!? 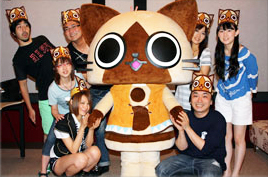 Retrieved from "https://monsterhunter.fandom.com/wiki/MH_Diary:_Giri_Giri_Airu_Village?oldid=181031"
Community content is available under CC-BY-SA unless otherwise noted.