The Town of Minegarde is built in a high mountain, upon connecting, hunters would appear in the Town Square, which provided Hub access to the Tavern, Armory, Guest House and Market areas.

The Market had three distinct item shops, specializing in basic materials, tools and food items, along with a special combiner shop, where players could combine items at a fee without the risk of producing garbage, provided they knew the combinations beforehand. Shops would often feature special sales in which rarer items could be acquired, with Wyvern Claws being the most sought-after item.

The Armory featured an equipment shop and a blacksmith, many players spent their time here as it provided quick access to an item box.

The Guest House acts as the player's private room, where they could access different Rooms based on their Hunter Rank, all rooms provided an item box, a felyne kitchen and a bed,

The Tavern is where quests are undertaken, featuring the guild master, guild gal (two in MHG), quest board and item shop. 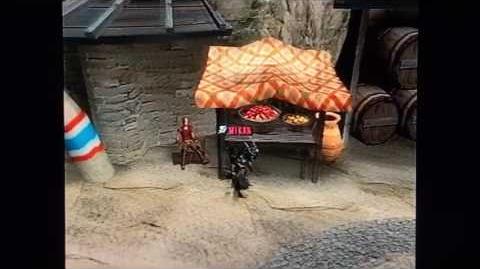 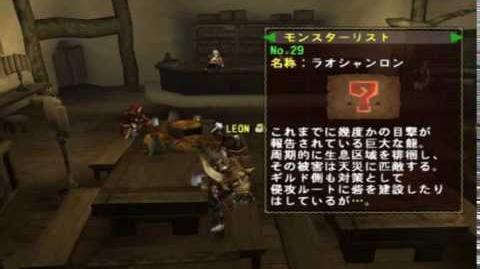