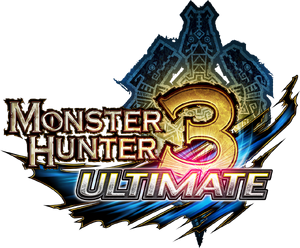 On February 21st, 2013, a demo of the game was released in North America for both the 3DS and Wii U systems. It contains three quests: Hunt a Lagombi in the Tundra (Easy), hunt a Plesioth in the Deserted Island (Average), and hunt a Brachydios in the Volcano (Hard). All weapon types are available in the demo. The quests are the same in both versions.[1] Unlike the full game, the 3DS demo is not compatible with the Circle Pad Pro.

Kayamba - The Second Shakalaka hunting companion and a rival to Cha-cha.

There are four bundles released by Capcom for Monster Hunter 3 G and one for the HD Version:

On September 14, 2012, Capcom announced a Wii U Bundle, scheduled to be released in Japan on the same time of the debut of Wii U at an announced price of ¥38,850 (495.726 USD). This Bundle has the same contents as the Premium version, including a copy of the game and a Wii U Pro Controller. 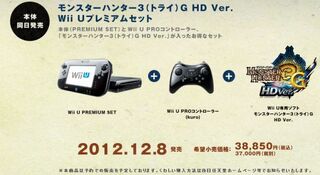 A scan from the Famitsu magazine 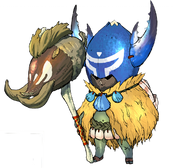 Walking around in Port Tanzia 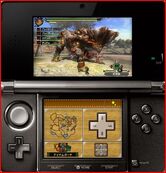 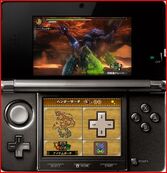 Azure Rathalos equipment and a Baggi

Brachydios equipment and an Uroktor

Pink Rathian equipment and a Jaggia 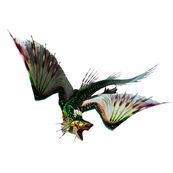 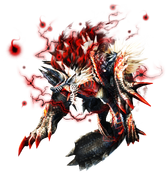 On the Wii U

On the Wii U