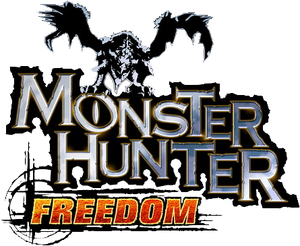 Great Sword, Sword and Shield, Dual Sword, Hammer, Lance, Light Bowgun, Heavy Bowgun
Monster Hunter Freedom is the first game in the Monster Hunter Portable/Freedom series for the PSP, content-wise, it is based on Monster Hunter G containing many of its features, but it is not a direct port of the game.

Many features from Monster Hunter G were retained, along with the introduction of new features.

One could've check more details and to enter the sweepstakes at capcom.psp (archive).