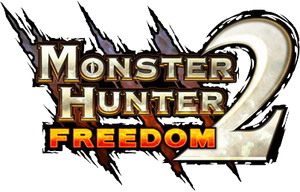 Players take the role of a hunter in Pokke Village, a small settlement close to the Snowy Mountains, where they must hunt their way up the ranks to become a top class hunter.

Being part of the second generation of games, Monster Hunter Freedom 2 gives player access to the 11 weapon classes that existed at the time, including all those introduced in Monster Hunter 2. Following the formula set by Monster Hunter Freedom, players can partake in both low-difficulty Village Quests and Gathering Hall Quests, which are divided into Low and High Rank, along with a Training School where the player can access Training Quests for every weapon and Challenge Quests, which must be unlocked by hunting monsters, finally, players can also apply for Treasure Hunting, where they'll find unique items and treasures that must be traded for points.

The player begins their journey treking through the Snowy Mountains, before being assaulted by the game's flagship monster Tigrex, after this introducion they awaken at their home in Pokke, where a retired hunter informs them of their situation and are given a set of starting gear.

As this was the first Second Generation game that had been localized, many players first experienced Monster Hunter 2 game mechanics with Freedom 2, including the addition of Decorations and Decoration Slots, Long Sword, Hunting Horn, Gunlance and Bow, alongside new and then novel monsters, such as the Carapaceon Daimyo Hermitaur and the Fanged Beast (then known as Pelagus) Blangonga. Freedom 2 also included its own slew of new content and upgrades, for example, many climbing spots were added to locales to ease traversal, Treasure Quests can now be played solo, farm points are now tied to quest points gained by delivering special items instead of using the village shop, Giadrome was added as an early game boss, being the strong ice-spitting leader of the Giaprey (previously known as White Velociprey in the west), alongside the aforementioned Tigrex and the gigantic wyvern Akantor, major improvements to the game's farm include the ability to gather Honey, Mushroom and Plant items in bulk and have them be sent directly to the box, the farm's Mining, Bug Gathering and Fishing spots also don't consume the player's tools, finally, small boxes were added to the gathering hall and farm, where players can deposit items but not change their gear.

Albeit majorly based on Monster Hunter 2, not all content was ported over, such as the Elder Dragon Yama Tsukami, the real-time clock is also missing, Pokke is always seen during day-time and the time in all hunting locales is dictated per-quest, the season system is also omitted.

This was the first game released in the west in which players could access DLC content, mainly special gathering hall quests and poogie costumes, Monster Hunter Freedom also had DLC content but it was already baked into the western versions of the game and the menu option wasn't accessible.

All locations from Monster Hunter 2 return, with several minor adjustments, such as the addition of scalable cliffs and vines.

Monster Hunter Freedom 2 features 64 returning monsters, virtually all past monsters with the exception of Yama Tsukami, alongside 3 new threats, including the flagship Tigrex. 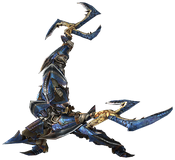 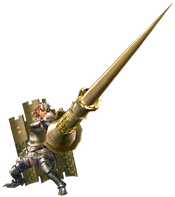 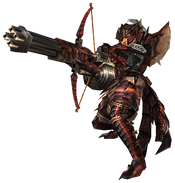 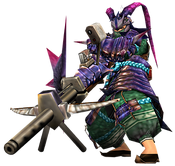 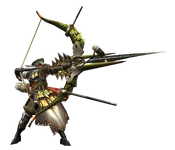