View source
watch 01:21
What is Monster Hunter Generations?
Do you like this video?
Play Sound 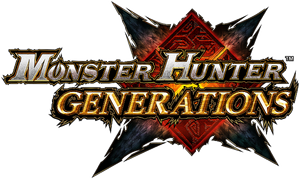 Monster Hunter Generations is the second installment in the fourth generation of the series. This is the most customizable Monster Hunter experience to date, and it serves as a fitting tribute to the last decade of the series with a blend of brand new areas and monsters, and returning fan-favorites that have been updated and adapted to the newest generation of game-play.