Monster Hunter Rise: Sunbreak™ is the monstrous new expansion for Monster Hunter Rise, the critically-acclaimed and top-selling Monster Hunter™ title that released on Nintendo Switch in March 2021 and PC in January 2022. The story of Monster Hunter Rise: Sunbreak begins following the heroic defense of Kamura Village that concludes in Monster Hunter Rise. In addition to the all-new storyline, the expansion will introduce new monsters, new additions to combat, the Master Rank quest difficulty, and more when it releases on June 30, 2022 for Nintendo Switch and PC via Steam. After being summoned to aid the distant Kingdom by the gallant knight Dame Fiorayne, the hunters set out for the port of Elgado Outpost. This bustling maritime waystation is the home of the Laboratory researching the abnormal monster activity troubling the Kingdom, and the Command Post tasked with restoring peace to the realm. The threat befalling the Kingdom is closely linked to powerful creatures known as the Three Lords, each inspired by staples of Western horror. This cadre includes the newly unveiled Garangolm, the chilling Fanged Wyvern Lunagaron, and the Elder Dragon Malzeno. Researching the behavior of the Three Lords will take hunters across the Kingdom to exciting new locales, including the newly-unveiled Citadel. 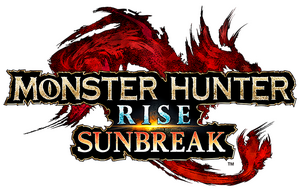