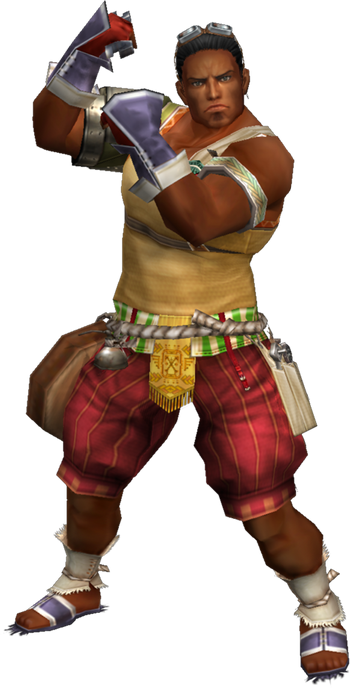 Oriōru is a strong man with a respectable personality, though does like to brag about his strength from time to time.

Though the youngest brother between Kieru and Ashieru, Oriōru is the most respected out of both them. He is known to fly hunters on airships to various hunting grounds like the Gorge and Solitude Island. Oriōru is also known for being a hero to some hunters in battle, especially with Laviente.

Oriōru has giant muscles and wears clothing that symbolizes his caravan.

Retrieved from "https://monsterhunter.fandom.com/wiki/Ori%C5%8Dru?oldid=749151"
Community content is available under CC-BY-SA unless otherwise noted.