Shah Dalamadur is a Subspecies of Dalamadur introduced in Monster Hunter 4 Ultimate. 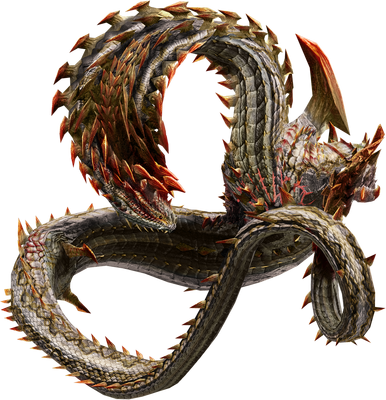 This subspecies features a lighter, sand-colored hide with red-orange spines. It is roughly the same size as its common counterpart.

"Shah" is a directly non-translated word from the Persian language, Farsi. Its translated meaning in Farsi is "King".

Shah Dalamadur has two Music Themes. The first theme plays in the first half of the quest while the second theme plays when sufficient damage has been done to it.

This music theme is shared with Dalamadur.

Retrieved from "https://monsterhunter.fandom.com/wiki/Shah_Dalamadur?oldid=863737"
Community content is available under CC-BY-SA unless otherwise noted.