Are you SURE it is sand b/c that looked an awful lot like water. It makes sense to have a boat on water and the same boat is seen going acrossed water. Fortuan 20:46, 20 July 2009 (UTC) My bad it is sand after rewatching the video. A little tricky to see the boat on water in the beginning Fortuan 16:31, 6 August 2009 (UTC)

I can't bealive Jhen is in MHP3. I have MH3 but I don't have Wi-Fi so I could never face him. But I have a PSP and I am so looking forwerd to finaly face this guy because he look BEAST! CeanataurMan 16:55, December 9, 2010 (UTC)

So easily one of the coolest monsters ever. Capcom have really outdone themselves this time. It was this monster that tempted me into getting a Wii, but I'm getting a PS3, so hard luck on me. :( --Antony 18:26, November 3, 2009 (UTC)

I'm not sure whether the "in order to hit more hit boxes" is correct or "to take advantage of Jhen's weakest point" is correct. All Bombs do a set amount of damage, no matter where you use it. (Small Bomb will always deal 20 dmg, doesn't matter if its a kut ku or a rathian)

To get 8 carves, you need to have speed gatherer, gather at the right spots, and skip the death animation.

You do not *need* speed gathering, I've been able to get all 8 carves by staying on and attacking its right leg (left from your perspective) until it dies. That way you're right next to the arm carve spot when he dies. Sman25000 14:23, November 10, 2010 (UTC)

Can someone edit the article to add that the ballista binder can only be used by one person? exactly the person that picks the item in the box at the beginning. I think it is very important and nobody has mentioned that yet. Thanks.

There are actually some neat tricks with the Binder in the showdown. The binder actually arcs, so if you shoot it like a normal ballista, you can hit Jhen at very far distances. When there are people meleeing his feet, the binder will help a lot in stopping his attacks and also provide about 15 seconds of free attacks.

I've done one kill mission where the 2nd dragonator wasn't even used. He never got close enough. Firing the binder as soon as it is available will slow him down a lot. ZirePhoenix 06:58, September 28, 2010 (UTC)

i gathered my friends to fight jhen for my urgent mission so we were fighting and i run towards jhen and my friend atenea shouts to me to get back so she unleashes some charged attacks with her hammer on jhen's arm and bam he dies we did nothing at all well me and my other friend...... WOW!

While it is possible to finish off the jhen pretty quickly if you have the right weapons, there are videos of people finishing it off in ~12 minutes solo chances are your friend or someone in the party was hacking

I have to fight this thing for urgent 6 star right now... not looking forward to it.

Turned out it was quite easy :D 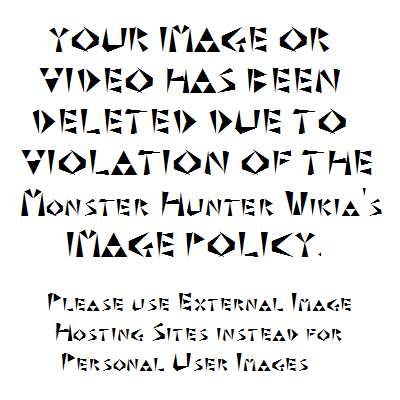 Alot of people think that jhen mhran is hard....i believe he ish too much fun....when the quests ran away..i was sad :(

i want the armor so freaking bad

Why do people say that the flag in the ship flies in the wrong direction? The wind is pushing the sail AND the flag forward.

im HR 30 and i need to kill jhen for URGENT but i ca't manage to do it! im currently upgrading my buddies to my level so we can kill it but anyhow, i can't manage to!!! plz advise! P.S. i am not allowed to go online with random people...

The article mentions being able to get on the Mohran's back, how is this done exactly?

when he pulls up next to the boat you need to jump off towards his back leg, theres pretty 'obvious' signs about when this is, but make sure the back leg is next to the boat, not the front

why does it say in the notes on the info page for jhen mohran that you only fight him on the ship in the last (well, second last) urgent quest offline in mhp3rd. ive killed him like four times on that mission but it says you only repel him?

In the last Low Rank urgent quest in MHP3rd, Jhen Mohran is fought only during the sand ship part, during 20 minutes, similarly to the Low Rank event quest in Monster Hunter Tri. During this fight, Jhen Mohran can only be repelled and will deal more damage to the ship with some of its attacks. For example, its charges towards the ship drop 20% of the ship's integrity.

Learn to read, it says "Last Low Rank urgent". That's not village but 5* Guild Hall. That one is repelled only and can be cleared in under 5 minutes.

People don't refer to village when they say "Low Rank" but to 1-5* Guild Hall. Village quests are referred to as "in Village".

I was flicking through the Monster Hunter Illustrations book by Udon and I found something that looks like a very early Jhen concept on page 093. Anyone else agree? Highwind†Ninja 10:18, January 15, 2012 (UTC)

Jhen triple dragonator hits + a bit of strategy for them

it needs to be metioned on the main page that the dragonator will actually re-activate in about 7-8~ minutes, so you can actually use it 3~4 times during the battle,

first when it does its first sholder charge from the right side.

(this can be tricky: look for the 'smile' (the head pulling to the side when it starts to move back toward you; from the right angle the mouth looks like its smiling) when it moves in for the charge after pulling away to get the timing right, if you've done enough balista damage it will actually break the left horn and prevent the ship from taking damage from said sholder charge)

(CAUTION: if you've hit, or missed, with the first dragonator the ballista and gong need to be used as often as possible/early as possible after the first use, and at the right times; you also need to break every piece of him that you can (2 spine, 2 tusks; 1 leg) and stagger him multipul times; this is to give the draginator enough time to recharge, otherwise you'll definately be taking damage from the head on charge;'  an example of this timing is hitting him as soon as he breaches when he does the head on left side boat charge (if done right he'll slowly move towards the boat and then continue with his normal routine), theres also a random belly flop that he can breach and do at 3 diffrent times during the fight, hopefully you'll get them before the head on charge to insure dragonator recharge )

3rd & 4th can be done during the second section while the boat is sitting, you get a single hit/recharge automatically and the other one you need to 'stall' for; the best way to accomplish this is to let it come up on the boat as soon as possible and use the draginator as soon as possible.

I only mention the fourth since it is possible; HOWEVER in MH3U it has become impossible to achive the fourth hit because they cause the jhen to shift away from the dragonator after the 'third' hit or if you prefer the first hit during the final showdown, this has the added effect of causing the cannon to no longer be able to hit the jhen while its close to the ship

I HIGHLY recommend only shooting for 3 dragonator hits; two during the first section and the third during the second, just because if you let him get up on the boat for the two hit during the second portion your almost gaurenteed the boat is going to break before you get the kill/run him off

Retrieved from "https://monsterhunter.fandom.com/wiki/Talk:Jhen_Mohran?oldid=539273"
Community content is available under CC-BY-SA unless otherwise noted.