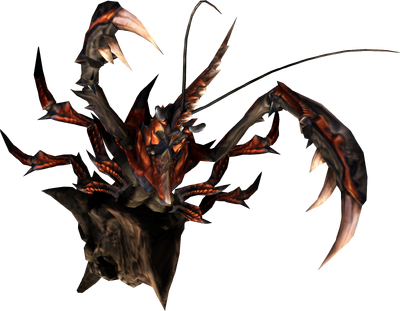 Terra Shogun Ceanataur, as is normal for a rarer subspecies, is slightly stronger, faster and has more health than the common species.

Terra Shogun Ceanataur are found in Swamp and the Volcano.

Retrieved from "https://monsterhunter.fandom.com/wiki/Terra_Shogun_Ceanataur?oldid=800678"
Community content is available under CC-BY-SA unless otherwise noted.