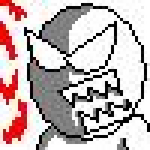 Ben Cross was born in the village of Kokoto. His father and mother were farmers there, and since he was a child, Ben helped his family survive. On his sixteenth birthday, his mother became deathly ill, and his father, appearantly, abandoned them. In little over a month, his mother died. It was soon after that he discovered his father had become a hunter. Since then, he despised them. Then, an opportunity arose. A monster began to plague his village, and risk giving up the chance to seek revenge, became a hunter himself.

Five years later, he appeared in the village of Dondruma to find his father, only to discover his father had perished several years earlier, attempting to find a cure for his mother. Ben, feeling betrayed, by his own rationality, retired for a few years. However, one cold winter, he found himself in the tundras near Pokke, and began a new life there. He returned to hunting, but as a passion, instead of as revenge.

With the guild connecting finally to Loc Lac, and like many hunters, he migrated to the Loc Lac region to test his skills with the creatures in the area. He's currently residing in the large desert city. Continues to travel to Pokke for a while, before moving back to Loc Lac.

Veidt. A name acursed to this day. Rumors speak that a group of gypsies were the bringers of apocalypse. The very people who summoned the Fatalis to Castle Schrade. Of the members that survived, the one bearing the name "Veidt" was condemned. So bring Vincent, an unknown hunter blood related to this sinner. Instead of resenting the name and cursing his blood, he embraces it, and shows his strength in the hunt.

He is insane. He was locked up for many years for the murder of his old companions, but has since become somewhat of a mercenary hunter. He is a womanizer, a party goer. He takes the joy of life and sips from its teet. Known for brute stength, but keen strategy, he is the hunter who instructed Ben Cross.

Born under nobility, he is the wealthy son of the Duke and Dutchess of Falcon Ridge. He was spoiled, educated, and didn't have to lift a finger. He hated it. After witnessing the felling of a wyvern that had been plaguing his family's land, he grew intrested in hunting. His father would hear of no such thing. So he ran.

Apon his first introduction of hunting, he aimed for nearly every weapon, until settling apon longer ranged weapons, particularly the bowgun. However, he was a terrible hunter. Only through strict work and training, and some help from Ben Cross, and later Vincent Veidt, Viktor is now only a mildly terrible hunter, being at least able to kill slightly larger wyverns.

Currently residing in Moga, he's seen spending most of his days training in the nearby woods. Also seen talking with the Guild Representative often.

Retrieved from "https://monsterhunter.fandom.com/wiki/User:EclipticKnightV?oldid=223446"
Community content is available under CC-BY-SA unless otherwise noted.