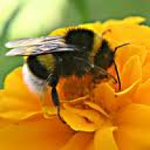 Hello everyone, I am Hummel.

I didn't play the older games before( shame over me...) but already MHFU was already a great experience to me.

My favorite Weapon is the Bow, followed by the light bowgun (in terms of gunning). It's heavy counterpart, well, it sucks. Actually, I learned that Heavy bowguns rock!!!

When fighting as Blademaster I prefer Longswords, Hammers and Greatswords(Unite only), while at Duals and SnS im only average. Hunting Horns, and both Gun- and normal Lances are funny, but do not match my style of combat( at least in MHFU, the Lance in MH3 is superb!)

And yes, I tested out the Switch Axe. And no, i don't like it. Getting better, actually start to understand how to use that AXE, hehe...

So in my life outside of Monster Hunter I'm a 17 year old pupil from germany, who likes reading, writing, watching movies and, you've guessed it, owning some monsters on my PSP and Wii.

Well this is my FanFic. It got pretty big until now, I'd like if you would give it a look:

My Clan: Fang and Claw

I am member of the Fang and Claw clan, an EU server clan in MH3.

To know more about it visit This Page

Those are some first trys, nothing to amazing. 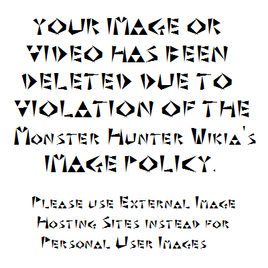 Aqvitore, Bird wywern of the sea
Add a photo to this gallery
Retrieved from "https://monsterhunter.fandom.com/wiki/User:HummelHunter?oldid=500103"
Community content is available under CC-BY-SA unless otherwise noted.