Hello and welcome to the Discussion of the Week!

This week we look at some of the strongest monsters in the series! 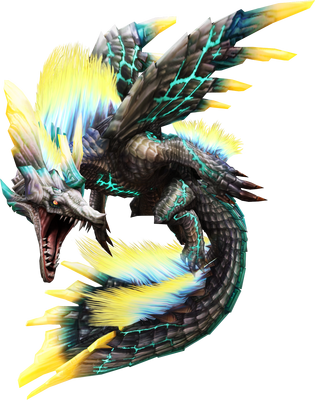 The first of the Conquest War Monsters, Shantien! This potential cousin of Amatsumagatsuchi is a pretty interesting beast indeed. Though its design makes a lot of people think of Final Fantasy, I must say its gameplay is pretty interesting along with its lore. Unlike Amatsumagatsuchi, Shantien has three different types of sacs, which contain three different elements: Fire, Water, and Thunder. It is also happens to be the enemy of the strongest monster in the series, even going all out to fight it in the middle of the Great Dragon War! Besides that its music is just beautiful, especially its final phase's music, and I actually hope Shantien gets stronger! 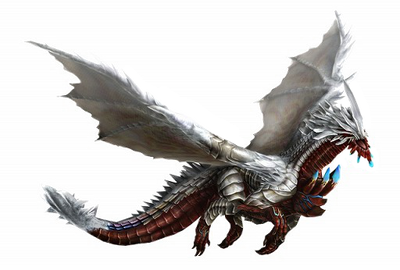 The Strongest Monster in the MH Universe and the first Solstice Conquest War, Disufiroa! It was first hinted at in MHF-G1's Boxart, hidden in the clouds as a near shadow, before eventually making its nightmarish appearance in MHF-G2. Disufiroa, much like Alatreon, can be considered to be elementally unstable in a sense. It must maintain control of a balance of ice and fire or it'll die from being unstable, the most commonly seen death is loss of ice control. However, some Disufiroa have found ways to free themselves from this ice when near death, basically playing trolololol song for any unfortunate hunters. 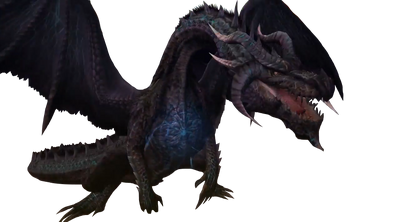 Oh, Fatalis! What the hell happened to you! Not only was this Conquest War unexpected in a sense but, this Fatalis is basically everything that its lore describe it to be! It is scary just imagining how Schrade Kingdom was destroyed, especially if it was by this Fatalis! Its unique armor skill just screams immortal zombie! 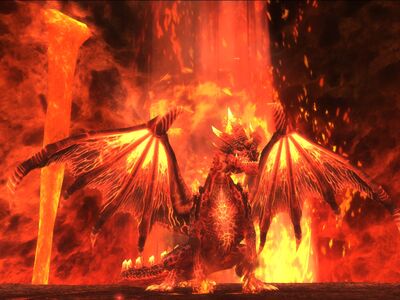 Well, a devil sure lives in the MH World! This Crimson Fatalis is strong yet a bit less compared to the last Fatalis. However, it still has some pretty interesting attacks and cool arena! I also like its instant kill for unlucky hunters! 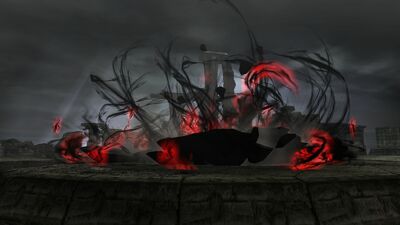 In Forward 1, the Unknown first appeared, leaving a deadly mark on players! Forward 4 surprises us with a stronger Unknown, one that can manipulate the wind! G5 finally reveals the Solstice Unknown's big transformation, showing it as a living shadow!

Retrieved from "https://monsterhunter.fandom.com/wiki/User_blog:BannedLagiacrus/Discussion_of_the_Week:_Conquest_War_Monsters?oldid=711242"
Community content is available under CC-BY-SA unless otherwise noted.