This week we look at the beast that brought Schrade Kingdom to its knees, Fatalis! 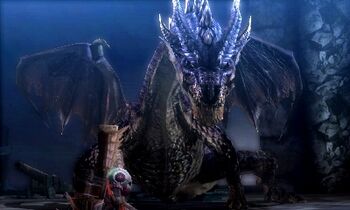 Alongside this legendary black dragon, we look at the angry Fatalis, known as Crimson Fatalis! 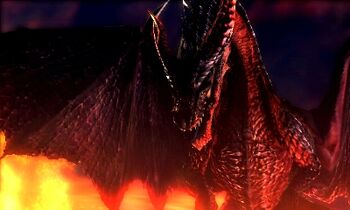 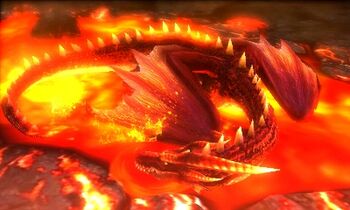 And, finally, we at look the oldest of the Fatalis Brethren, White Fatalis! 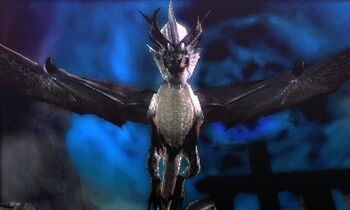 Interesting Facts About The Fatalis Brethren

Thousands of years ago, a large disaster hit Schrade Kingdom without any warning. This disaster stroke the eastern and western parts of Schrade Kingdom at the same time, as if the disaster came from the middle of the kingdom. It is believed a chaotic force brought the kingdom to its knee or another force altogether did. After this disaster, eerie clouds covered the once great kingdom, leaving it in calamity.

The Legend of the Black Dragon

The Perfect Enemy For Humanity

During the Great Dragon War, a Perfect Enemy for Humanity (Japanese 完全なる人類の敵) existed and supposedly continues to live within the ruins of Schrade Kingdom. An Elder Dragon known as the Evil Dragon (Japanese 邪龍), or better known as Fatalis. Fatalis was said to have a strong hatred against humanity, and even continues to remember the past of its brethren, including other Elder Dragons and even Flying Wyverns, being killed in great numbers by the Ancient Civilization. It was the perfect enemy for humanity due to its immense power. In a short period of time, without any warning, Fatalis could bring mass destruction to any civilizations it wanted to destroy, such as Schrade Kingdom. If this wasn't enough, Fatalis would also copy Ancient Civilization's use for monsters, though instead with humans. Fatalis would melt the bodies of fallen humans, and hunters, onto its body so it could wear them like they wore its brethren. Though Fatalis isn't known to exist anymore, in legend, When the world is full of wyverns, the legend is revived, meat is eaten, bone is crunched.

As much as I want to mention Frontier's G-Rank Fatalis, I really couldn't help myself but to mention Dire Miralis in this MAW, mainly because it helped improved the Fatalis Brethren in the 4th Generation. 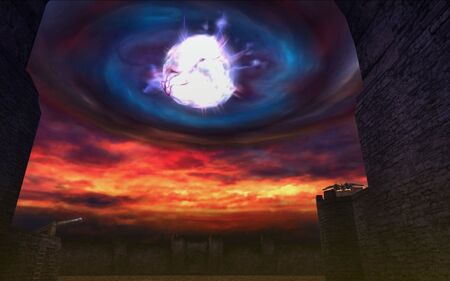 Retrieved from "https://monsterhunter.fandom.com/wiki/User_blog:BannedLagiacrus/Monster_Appreciation_Week:_Fatalis_(4th_Gen)?oldid=772491"
Community content is available under CC-BY-SA unless otherwise noted.