The latest entry in the critically acclaimed 40 million unit selling action RPG series, Monster Hunter: World introduces a living, breathing ecosystem in which players take on the role of a hunter that seeks and slays ferocious beasts in heart-pounding battles. Venture on quests alone or with up to three other hunters in a newly designed online drop-in multiplayer system which allows cross-region cooperative play between Japan and the West, uniting the global player base for the first time ever. Monster Hunter: World will also be the first game in the series with a worldwide simultaneous launch window and is planned for release on PlayStation® 4 computer entertainment system and Xbox One in early 2018. A PC release will follow at a later date.

Monster Hunter: World sees players gear up to venture on quests to battle against fearsome monsters, progressively improving their hunting abilities as they play. Loot collected from fallen foes can be used to create new equipment and armor upgrades as players seamlessly move across map areas that comprise the living ecosystems. The landscape and its diverse inhabitants play a critical role as players strategically use the surrounding environment to their advantage. Hunters must use their intelligence and abilities to survive the intense and evolving fights as they battle to become the ultimate hunter!

Once every decade, elder dragons trek across the sea to travel to the land known as the New World in a migration referred to as the Elder Crossing.

To get to the bottom of this mysterious phenomenon, the Guild has formed the Research Commission, dispatching them in large fleets to the New World.

As the Commission sends its Fifth Fleet in pursuit of the colossal elder dragon known as Zorah Magdaros, one hunter is about to embark on a journey grander than anything they could have ever imagined. 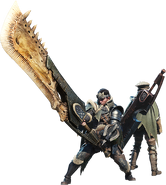 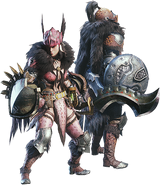 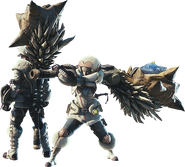 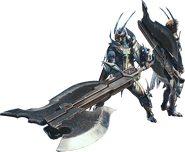 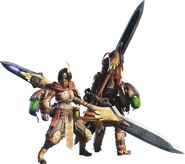 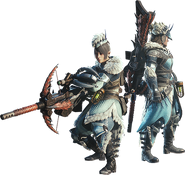 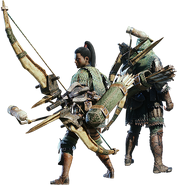 Retrieved from "https://monsterhunter.fandom.com/wiki/User_blog:Kogath/Monster_Hunter:_World_Discussion?oldid=756878"
Community content is available under CC-BY-SA unless otherwise noted.