Start a Wiki
Hello, and welcome to Discussion of the Week: Skills!

I can't remember if I've already done this one - probably have. But whatever, DotW has been going so long we're bound to recycle sooner or later. For now just roll with it!

One of the most obvious skills, just plain ol' boosts your attack power. Weirdly in my Unite and Tri days I don't remember it being that common; there's some Kut-Ku armor that has it, Monoblos, maybe a few of the 500 different Rathalos sets... but nothing that you'd use all that often. 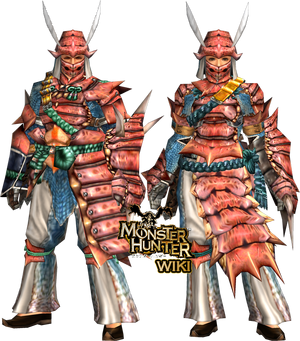 Ah, that firm favourite - generally speaking, it adds the next colour of sharpness onto your weapon. For example, if the current max is blue, it gets boosted to white, if it's white, it gets boosted to purple. This is very powerful for late game weapons, because the boost from white to purple is a boost from 1.3x damage to 1.5x damage. Trust me, you notice how much faster that kills monsters.
Famously found on the Ceanataur S and Ceanataur Z armor sets, along with various complementary sharpness skills ('cause Ceanataurs have sharp claws geddit). 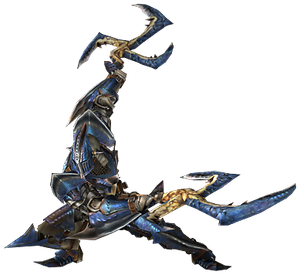 Boosts affinity. Affinity is a chance of doing a critical hit, and critical hits do 125% of their normal damage. There's nothing nicer than getting a critical hit on a fully charged Greatsword strike, but this is a skill that works really well for almost all weapons.
Teostra armor has this skill, as does the Rathalos armor in Tri. 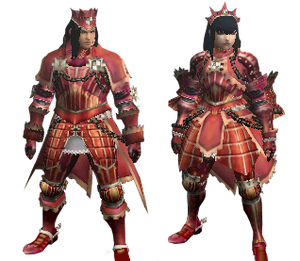 Increases the number of invincibility frames you have while rolling. Whilst it doesn't sound too exciting, this can be really potent if you get the timing down - rolling through attacks that would normally hit you is nothing to sneeze at.
Nargacuga armor famously features this skill (because Narga is evasive and jumpy geddit) but so does Qurupeco which is... a little more odd. 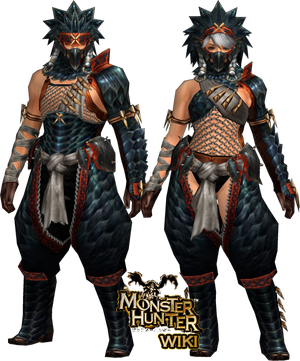 Adrenaline+1 isn't too exciting - a defense boost when low on health, great - but Adrenaline+2 is awesome. A big attack boost when below 40% HP, it combos very nicely with Evasion+2 to make sure monsters can't kill you while you're so vulnerable on health. Works especially well on ranged weapons where you tend not to get hit as much anyway.
Monoblos armor is the only one that leaps to mind, though. 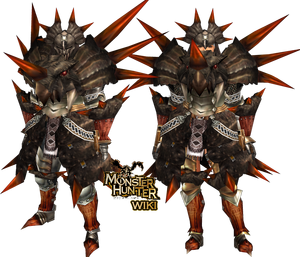 I remember this being a basic necessity for Gunlancing White Fatalis, because his armor mode makes poking hilariously useless and the shelling and wyvern fire isn't affected (but the damage of it is boosted by this skill). Only found on Metal/Alloy sets, generally has to be gemmed in. 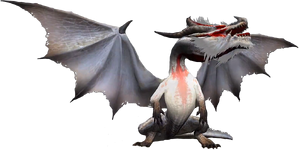 A skill first introduced in the third generation, Awakening gives an element or status to a weapon that didn't otherwise have one. I don't remember it being hugely useful in Tri, mainly due to the lack of equipment in general, but maybe it was better in 3 Ultimate.
Found on Alatreon armor, because Alatreon - oh you know the drill. 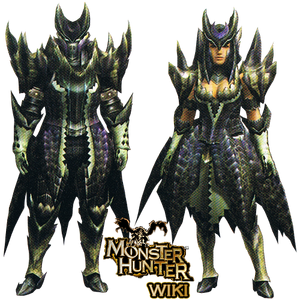 The unsheathing attack of any weapon will do KO damage if it strikes the head. An interesting idea (if totally wasted on Hammers and Hunting Horns). Perhaps best used in a party with other KO weapons to contribute, or on Greatsword (which already have the slap attack and benefit from a stationary unconscious monster).
Uragaan Armor all the way! 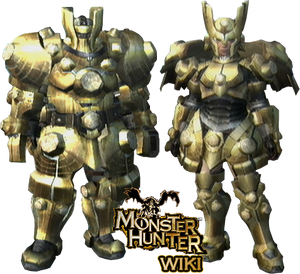 Retrieved from "https://monsterhunter.fandom.com/wiki/User_blog:Lord_Loss/Discussion_of_the_Week:_Skills?oldid=597434"
Community content is available under CC-BY-SA unless otherwise noted.