Hello, and welcome to Discussion of the Week: Strategies! 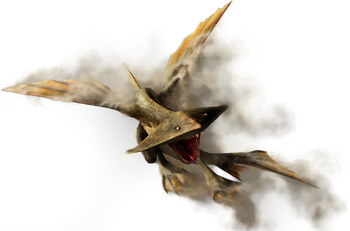 Sonic Bombs have interesting, if somewhat limited uses. Personally I only bring them to Cephadrome or Plesioth fights, to kick the irritating fish out of the sand/water, though they're also useful for breaking Daimyo's shield move, stunning Yian Kut-Ku, knocking Remobra out of the air and cancelling Qurupeco's songs.

The problem is that (Cephadrome/Plesioth aside) most of the time you'll do more damage just continuing to batter the monster with your weapon, rather than faffing around with sonics. Though I concede they're probably helpful for beginner hunters testing things out. 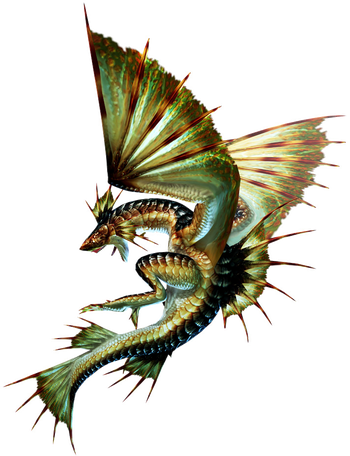 Plesioth, Gobul and Zamtrios can all be fished out of the water using Frogs - why such large predators like tiny little frogs I have no idea, but nonetheless it works. It also does a small amount of damage, I believe, which is another point in its favour; it also doesn't enrage Plesioth, unlike the Sonic Bombs. 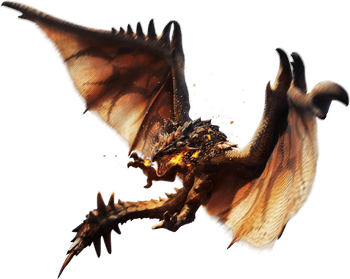 You know the idea; throw Flashbombs repeatedly, keeping the monsters stunned and allowing you to wail on it. Definitely nerfed in the third gen onwards, where monster immunity to the flashes builds until they're almost useless, but in the first gen especially, it was common to keep Rathalos or Rathian locked down and then Lanced to death.
If you're feeling brave, try and Flashbomb Nargacuga... 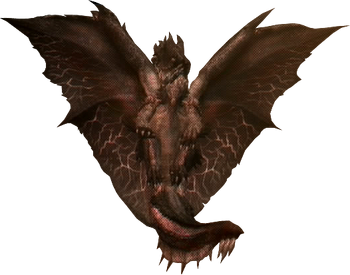 I'll be honest, the only time I've done this was for Gravios Sword'n'Shield Training in Unite. Which was because they, erm, give you a Sleep weapon and a load of bombs.

The idea is that sleeping monsters take 3x damage from the attack that wakes them up; therefore if you do the strongest possible attack, then it gets tripled... they'll be taken down in no time.
As I recall, this was a very popular strategy online for Alatreon in Tri, and I'm sure it's been used in lots of other situations since. Though of course, in the third gen onwards monsters get more resistant to a status the more you apply it. 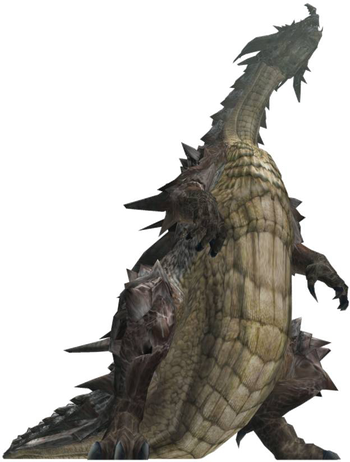 Adrenaline+2 is an armour skill; at less than 40% HP, your attack is boosted by 30%. Heroics is a Felyne kitchen skill you get from eating meals; it boosts your attack by 50% when your Health is below 10% (I think both boost your defense as well, but in the case of Heroics it's fairly pointless!).
The most common use for these is to deal loads of damage to something that's unlikely to kill you - Lao or Shen being the most obvious targets. Some brave people using Heroics on Tigrex or Nargacuga though - now that's bold. 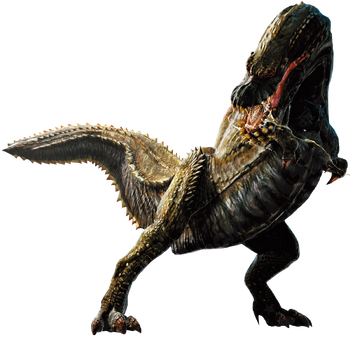 An odd one; Status Meats (Poison/Para/Sleep) have been around for donkey's years, but they only seemed to come to the fore in Tri, when Deviljho showed up and would cheerfully eat any meat you put down, regardless of how toxic it is. As it turns out, Congalala will eat any meat you put down in Unite (though less eagerly) and even Rathalos/Rathian will eat meat, as long as they haven't seen you. Unfortunately in the case of the Raths, the hunt will go much quicker if you just run up and start hitting them. 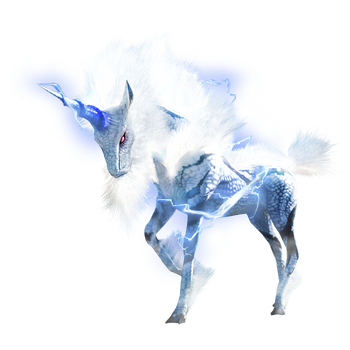 An old Heavy Bowgun trick; take some Clust S, and shoot it at the weakest point on a monster. No great deal of aiming needed, because it shoots out in a cone and deals significant damage. Most commonly used for hitting Diablos' tail, or Kirin's horn with a ranged weapon.

Retrieved from "https://monsterhunter.fandom.com/wiki/User_blog:Lord_Loss/Discussion_of_the_Week:_Strategies?oldid=597439"
Community content is available under CC-BY-SA unless otherwise noted.